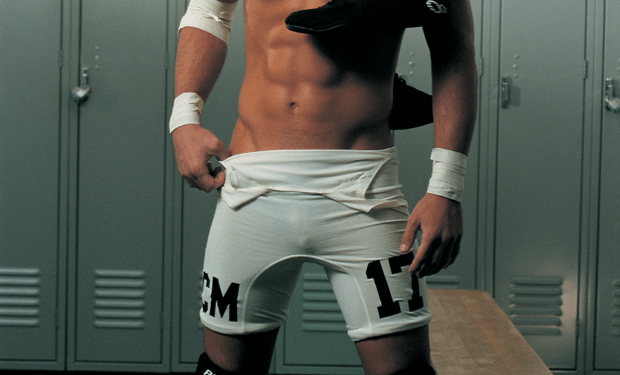 -Lyrics from "Don't Mean Nothing" by Richard Marx

Accept That You Are Naïve!

Experience teaches agents how to manipulate inexperienced guys like you -- sometimes so that you are like putty in their hands. A well-seasoned agent who has seduced or discarded many college guys knows all the tricks. So, don't try to figure out his game! You may be an intelligent person, but if you know nothing about the male modeling industry, how could you know all the ploys? You should open your mind to the idea that agents may be better at manipulating than you are at protecting yourself. They have interacted with many college guys before you, most whom were very similar to you. You may not be able to control the situation. Previous college guys had the same questions, concerns, and enthusiasm you have. Agents are delighted to meet an eager, enthusiastic guy who will do anything to be famous -- because he knows the guy will be easy prey.

One horrendous example involves a female model who engaged in a pattern of trading drugs for helping the male head of a major New York male modeling agency have sex with new male models. Whenever a new male model was accepted into the agency, the female model would come onto him. Imagine some naive kid just off an Iowa farm having the chance to have sex with the hottest girl he had ever seen! Who would turn that down? They would hit the town, come back to the agency's penthouse and take drugs that would cause the guy to become stoned out of his mind and unaware of his surroundings. After the female was done having sex with the guy, the agency head would come into the bedroom and have sex with the guy, who had no idea where or who he was with the next morning.

Use of GHB, Rohypnol and other drugs are prevalent in some circles. Victims of these date rape drugs are offered a drink containing a tasteless, odorless drug that makes them pass out. The drug produces profound, prolonged sedation, a feeling of well-being and short-term memory loss. While passed-out, someone can have sex with your body. What's worst is that anyone who drugs you for sex will most likely not use a condom during the rape. With HIV rates at their highest levels in the same large cities in which major male modeling agencies exist, allowing yourself to be date raped can be a death sentence. Read how to avoid being Roofied, which basically says when associating with people from big cities, never accept a drink (even water) that you did not see poured from directly the bottle.