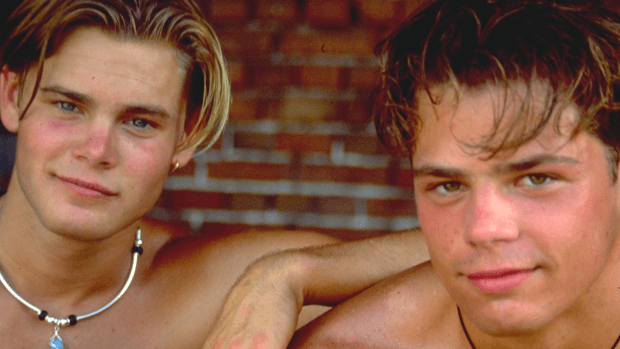 How Much Do Male Models Make?

Can you earn a lot of money as a male model? Sure, but it takes a while to be able to sign a $50,000 contract. It is highly unlikely you will get great Model Jobs if you do not live in Miami, Los Angeles, New York or Chicago.

Your initial earnings will be lower than most guys expect. Your goal should be to get your foot in the door. It is highly unlikely that you are going to be offered a high-paying modeling job (one that pays $2000 or more) as soon as you begin.

So, if you are capable, willing and available, and convince a photographer to hire you for a campaign, it is highly likely that you will not earn much money for your first modeling gig. However, we encourage new college guys to take low paying modeling jobs if it means getting that first "break." Your goal should initially be to obtain (good) exposure and pose for photographers who are capable of helping your career.

These two goals are more important than money when beginning! Your dad might tell you to demand the big bucks - to not do any modeling job that pays poorly, but we ironically encourage you to accept a low paying modeling job - if it can help your modeling career in the long run.

Similarly, it is normal for you to pose without getting paid. When you wish to obtain photos for your portfolio, you will not be paid any money by the photographer. This is called a TFP Shoot.

However, someone who saw you shirtless pic on Myspace might offer you what seems to be a large amount of money because it is a sketchy jobs and he is looking for naive guys to take the bait. You will be offered a lot more for sketchy jobs than a legit job due to the laws of supply and demand. Guys want legit jobs, but few want the sketchy jobs. So, disreputable parties learn to throw a lot of money around to entice guys. if you have never modeled but are suddenly being offered $1000-1500, chances are they will be seeking you to do something weird like jack off on camera.

How payment is handled

Comment from a reader: Not necessarily true about being paid at the time of the shoot. Photographers that shoot for National Magazines don't get paid until 60-90 days out from the shoot and can't pay the models until they get there money from the magazine companies....

Comment from editor: Many of the guys who come to this website are new to male modeling, and accordingly, will not get be offered the big bucks when they first start out. However, most guys who come to this site spend hundreds of dollars per month on weightlifting supplements to get themselves into a marketable position where a photographer would want to shoot them. So, the least a photographer could do is pay rapidly if the photographer is getting the models talent for pennies on the dollar. A new model will also have much trouble collecting from a photo 120 days later. An individual model does not have the negotiating power to assure that he will later get paid.