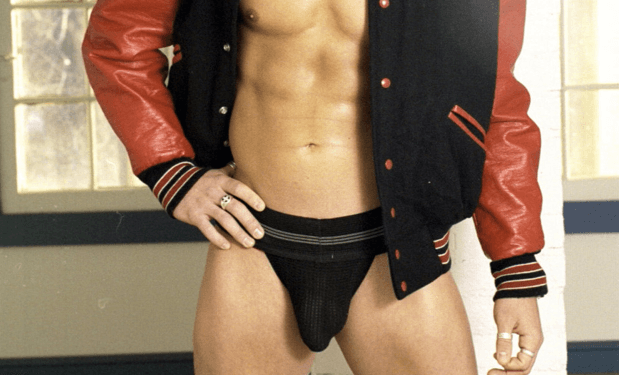 Worrying What Others Think of You

College guys who worry unnecessarily about what others will think of them usually do not go very far in modeling. Nobody wants to be embarrassed. Just as actors have to learn to accept rejection, if a college guy wants to be a male model, he is gonna have to learn to take some flack. Like old Billy Joel's song, "A Matter of Trust," "You can't go the distance with too much resistance."

New guys may sign onto their first photo shoot with a pre-established set of concerns to prevent them from later being embarrassed. Sometimes these ideas can be so strong that they ruin the photo shoot.

Some guys fear if they pose unclothed, someone will later come up to them and pull out a photo of them and be embarrassed. So, what happens if you pose for an artistic nude? Now, how can a beautiful photo of you be anything less than positive? If you make sure you will be proud of the photo by only posing for photographers who consistently create artistic photos, who cares who sees it? If it is an artistic photo, show everyone! That way, the photo cannot be a source of embarrassment!

When model start predicting what others will think of them, they end up carrying around baggage. Too many cooks in the kitchen will spoil the soup. Yet, how can you make a comfortable decision if you are too busy listening to others' opinions and not your own?

Most friends will be supportive and love the photos you pose for. The only negative remarks will come from guys who are jealous of the attention you receive and females who seek to control.

Playing It Safe Gets You Nowhere

One fact is certain: if you do nothing and pass up Model Jobs because you are careful or because you are worried what others will think, you won't risk the chance of being embarrassed.

Sometimes it is good to walk away from a high-school mentality - where you cancel all offers if one person has something negative to say. Remember, you are receiving a unique offer that others are not receiving. They may be jealous. You cannot let opinions of others control your dream of success because Other guy will get jealous of the attention you receive.

For example, everyone thinks he or she is an expert when it comes to political issues and the opposite sex. Girls are certain they know what looks good in guys. Girls talk about what they think makes a guy sexy. Is the girl who says she does not like to see a man's bare butt really trying to build up how others view her morality? Girlfriends present a whole separate set of issues - mainly concerned with losing their boyfriend to prettier girls he may meet by being involved in modeling.

To be successful, it is best to adopt a big city attitude

Be smart with your modeling career. Don't just pose for any trashy photo, but don't worry about what others think too much -- research the industry, check out what makes other guys successful and "do what you want to do."