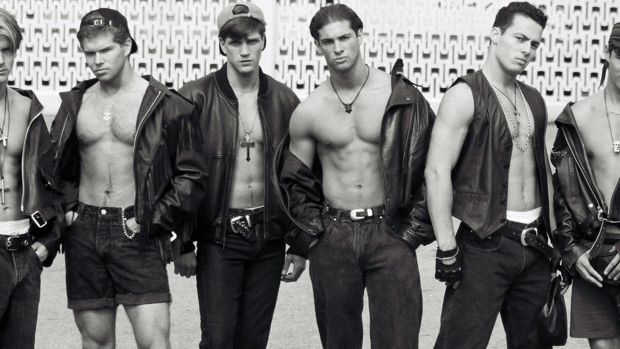 5 Reasons to Use Networking in Modeling

There is an incredible amount of bullshit in modeling. The industry is largely unregulated and disreputable people get away with fooling young new guys like you.

This is why it is important for you get to know and listen to advice from other guys your age who get hired for Model Jobs. These guys are experienced and unbiased. An experienced guy has already walked in your shoes.

Listen to advice from other guys who have become successfully in male modeling. These guys are experienced and unbiased. An experienced guy has already walked in your shoes and has previously modeled in the way you are considering.

Few new guys want to seek out a male model because they would rather choose the easy and wrong way by looking in the yellow pages or online for answers rather than finding a real person who knows valid information. Rather than pay some modeling agency hundreds of dollars, learning important information and referrals from a real male model is free. His information is valuable and saves you time:

1) Modeling horror stories - model agents who are only interested in getting the pants off straight guys and waste their time because they never get modeling jobs for them. They also know the names of people who use roofies on new models.

2) The names of modeling agencies that won't ever pay you after you do a modeling job.

3) The name of scam modeling agencies that only take your money and bullshit you - and never get you paying modeling jobs. (You can read why you do not want to go to any agency that advertises for models.)

4) He already experienced auditioning for a modeling job that did not actually exist. (Yes, talent agents and others will lie and waste your time. They will say they know someone who can get you into this or that - just to jerk you around and make themselves seem important.)

5) He probably already got screwed by signing the wrong contract early in his career.

This is a chance for you to learn from them. Who are their favorite photographers? How did they get successful?

Locate a Real Male Model, Not a Pretender

A working male model is one who earns at least $3000 per year from modeling jobs. We are NOT talking about seeking out some dude who "kinda sorta" "wants to be" a model. You need to meet someone who has actually filled out a voucher for a modeling job! (He'll tell you what a voucher is.) Remember, you don't want to talk to guys who are just good looking... You want to talk to someone who actually goes on go-sees, callbacks and photo shoots... Guys who WORK and receive checks. - Guys who know the names of specific modeling agents in your hometown.

How To Get to Know Another Male Model

If you cannot use your smarts to locate a male model, you will likely not be able to later adequately "network" (get to know important professionals) in the modeling industry. So, now is your chance to work hard and find that right person or two who can lead the way. You would not have any trouble meeting a hot female model, but meeting dudes who model are important biz-wise. Here are some ideas:

What To Ask an Experienced Male Model

You can also ask him to introduce you face to face to modeling industry contacts. it would be a smart investment to pay a real male model to take you with him to a real photo shoot - so you can hang with production crew - or buy him a pitcher of beer at a bar - anything to give him something in return for helping you. Ask him who the reputable modeling agents and fashion photographers are in your area or in New York, Chicago or LA. You might need to offer him something in return. Having a house party? Invite male models. Maybe the will bring some women?

Benefits of Networking With Male Models vs. Female Models

Actors Network With Other Actors

Actors learn inside information by talking to other actors in the same acting class, acting school or production set to pick-up tips, ask questions and feel your way through the acting industry. Obviously new actors can learn a ton from established actors. Other actors can give accurate information about auditions, headshots, books to read and auditions, etc., that a new actor would not learn through the Internet or on their own. This is why all actors network, to connect with other actors and help each other go further in the business.