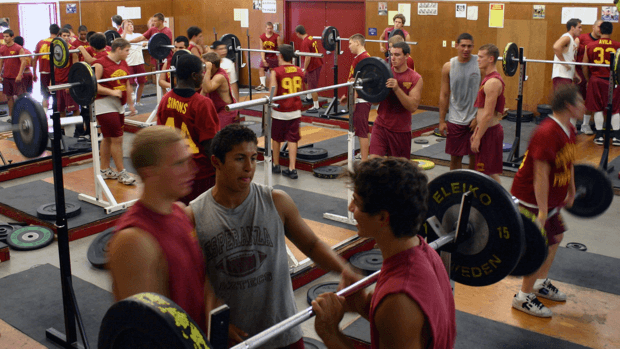 Here are some student-athletes who experienced the wrath of NCAA regulations.

The NCAA denied eligibility to Jeremy Bloom, an Abercrombie and Fitch male model, after two seasons of football at Colorado (he scored five touchdowns of 75 yards or longer). Bloom filed a lawsuit, but after Colorado District Court rejected Bloom's request for a permanent injunction against the NCAA, he chose to forego his modeling career.

Kansas University's Luke Axtell had to wait to promote his country music compact disc, "The River Runs Dry," until after his college basketball season ended because his photo and name appeared on the front of the CD.

Doug Johnson, NCAA director of legislative services said as early as 1986, any appearance by a student-athlete on any calendar that is sold to the public is a violation of NCAA rules. Jon Kelley, fourth-string sophomore linebacker at University of Nebraska-Lincoln posed for the 1986 "Men of Nebraska'' calendar, and violated section 3-1-E of the NCAA constitution, even though all proceeds from the charity calendar went to the non-profit organization Mothers Against Drunk Driving.

One college football player was even informed that he could not appear on the TV show Family Feud with his family, because it was deemed to be an "illegal benefit."

Many student-athletes try to be careful by asking for permission to do just about anything out of the ordinary from their university's NCAA liaison. A university bureaucrat is seldom going to jeopardize his or her job by giving advance permission to a 20-year-old to pose for photographs. It is much easier for them to say "no" and encourage you to do nothing. Don't expect the staffer to ever say yes to your request.

If you are a college student, you can Register as a Campus Man. As a Campus Man, you can share your knowledge with others across the country.