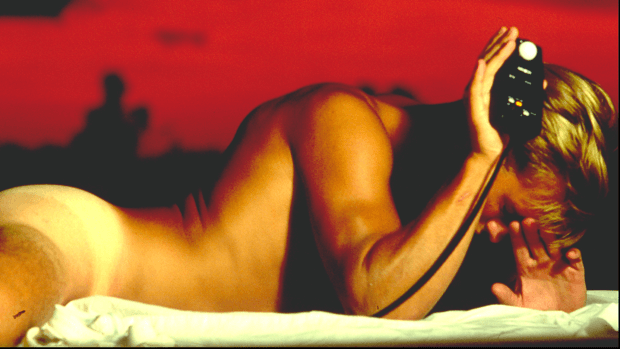 Most college guys who visit this website have never male modeled professionally. Understandably, many of these guys are initially unsure of how they wish to be depicted in photos. Many guys are the kind who will get naked at a party or go skinny dipping at the drop of a hat, but do not want to look stupid in photos.

No new models are 100 percent sure of all his poses. To encourage college guys to try new poses, photographers can allow them to pose for nude or nearly nude photos on an experimental basis. This way, the photographer can develop a good working relationship with each student.

Time To "Think About It"

This option allows a male model to reserve his decision of whether certain photos will be available for publication later - after he sees the resulting photos from the photo shoot. A student can obtain copies of the photos after they are developed, and show them to family and friends to gather opinions. This gives him a few days to carefully consider approvals and "think about it." He may disapprove all or a portion of the photos that were created on an experimental basis.

Experimental Available for Nudity Only

Photographers only agree to participate in this experimental option when a male model wishes to attempt posing for photos in which his bare buttocks or penis is visible. They never agree to this option for tamer photos, such as when you wear underwear.

Film, processing and time is costly. Male model photographers keep this in mind when photographing experimental photos and limit the amount of supplies used. So, models may not retroactively adopt this experimental option after you have posed. You should let the photographer know before pose for poses you are unsure of.

...or During a Shoot that is Underway

The form can also be signed during a photo shoot that is already underway if a male model decides to experiment during the shoot.