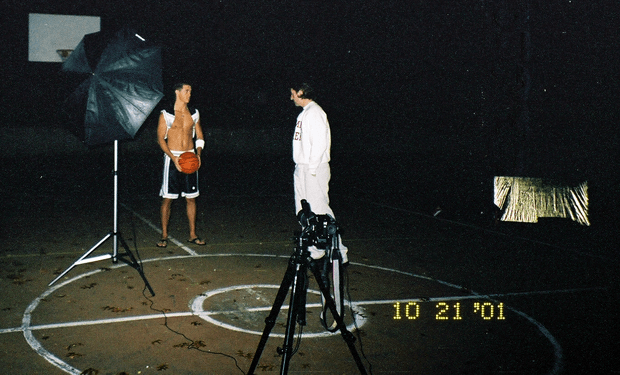 Beat Competition by Telling Casting Directors What Makes You Unique

Competition is fierce in male modeling. Many guys want to become male models. Casting directors receive hundreds of photos in response to any audition. Surprisingly, they receive many photos from guys who look just like you!

Therefore, new models need use all their selling points when competing for a modeling job. Whenever seeking to try out for an audition, include a link to a video bio in which you describe what makes you unique.

New models think like a casting director: Just envision your photo in a batch of photos of 52 other guys trying out for an audition. How can you help them know you are unique?

When trying out for a modeling job, most guys think they are only being considered for their physical attributes. Factors other than looks may cause you to get chosen for an audition. However, there are other facts about their personality might make them unique and "sell" them.

A photograph doesn't show your personality. A video goes a long way toward doing this. This is why Athletic Modeling tells new models to make a "bio" video of them talking. This way, a casting director can hear your voice and get a preview of what it would be like to work with you. (Nothing is worst than for a hard working photographer to be stuck in a studio with a model who is difficult to work with.)

What Makes You Special?

There might be traits about you that you would easily forget to tell casting directors. How can you make yourself stick out from those 52 other applicants? Other factors may peak a casting director's curiosity. Many guys forget to mention that they play sports, or other traits that make them special. If you pitch yourself as a college student who played football for XX University and who has just ended his NCAA eligibility, you are "more interesting" than some guy who only has good abs. So, be sure to mention if you are an athlete.

Guys can beat their competition by being willing to show more skin than other guys. Baseball, football and rugby players (as well as almost any athlete) tend to be more comfortable being unclothed at photo shoots than other guys. This is because they have confidence because they are often naked in front of others in locker rooms. Being nude just isn't a big deal for them.

Tell the casting director anything that makes you unique from all the other guys who they are considering. But do not simply say, "Choose me." A video bio is not an audition tape. It is a short bio in video form.

Something as unusual as being a skateboarder can make you famous. Why? Because one U.S. underwear brand only hires skateboarders, snowboarders and surfers as their models. You may be an excellent skateboarder. If you do not mention this in your video, you will miss out on the chance to get hired for this underwear brand.

What are traits you have that other guys do not?

Were you the captain of your high school football team?
Do you perform stunts for motion pictures?
Do you have an IMDB page?
Are you:
a small town farm boy?
a Wrestler?
Did you win all-American?
Class president?
Homecoming King?
Clubs or Fraternities?
High GPA?
Worst Job you ever had?
Best job you ever had?
What is your work experience?
What do your parents do?

The best way to tell this information is to submit a link to a biographical video that gives an idea of your personality in addition to photos.