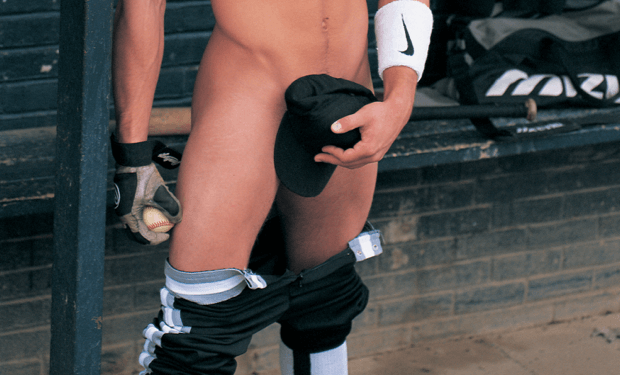 How Guys Can Avoid Sexual Advances from Gay Model Agents

Note: This article deals with some explicit information some people may find taboo. We offer this information because we are certain college guys who become involved in professional male modeling will encounter some of the predatory practices described here.

Play It Smart by Keeping Quiet

Never tell an agent that he is not gonna get in your pants. Don't accuse him. Simply make intelligent choices that help your career. You need not tell anyone your opinions. Avoid allowing yourself to fail "the test." Concentrate on your career until you can become established and sign on with a new agent who sees you as a moneymaking resource, not an object to manipulate. After you become an established male model, always leave an agent whose priority is sex.

Often the agent's first step toward seducing a guy is to start making flirtatious comments. These may include comments about how good-looking you are, about your penis size, your sexual prowess, or asking to see you without your clothing. These conversations may begin after being asked if you have a girlfriend and about what you do with your girlfriend in bed. The agent is "feeling you out" by seeking your response to his comments. After you chuckle at more and more of his comments, the agent may feel comfortable asking if he can give you oral sex. It's best to politely avoid these discussions from the start.

The single, best way to be successful and avoid manipulation when first starting out in male modeling is to not put yourself in a situation where a sexual advance can be made toward you. When you allow your relationship with an agent to change from a professional one to more personal, you enter a new stage that may force you to turn him down and end your male modeling career. A personal stage can be when the agent takes you to dinner, or shows you more attention than he shows other male models. If you allow him an opportunity to make a sexual advance toward you, and you turn him down, your career may end. So, it is best to avoid the advance altogether by not getting too close to an agent. If the advance was never made, there is nothing to turn down! Still, this can be pretty tricky. You must thwart the agent's plans without him knowing you know what he is up to! Avoid being alone with agents in a nonprofessional setting. When visiting an agency in another city, never accept an offer to stay at an agent's home, but do not let them know why you are not staying at his home. Tell him "Maybe next time," but this time you are staying with some good friends you know who live in his city. And just book a cheap hotel!

Don't make him think he has a chance

Never flirt / joke with agents or lead them on in any way. Be businesslike. Your looks and pleasant personality will get you the job. Don't talk to them like you would talk to a girl. You know what flirting is. Its what you do with women. It could backfire with a well-seasoned agent who has seduced many, many college guys before you came along!

Don't let him know he has does Not have a chance

It is better to avoid making statements aimed to establish your sexuality. Why should you discuss whom you sleep with? Is your sex life relevant to a photo shoot? First, don't assume telling others that you have a girlfriend will mean they will not be interested in you. Many male models who trade sexual activity for jobs have girlfriends. Plus, your claims of being heterosexual may make you even more of an attractive conquest to a agent who's biggest thrill is to seduce a heterosexual man. Many believe those college guys "who protest too much" may actually have gay tendencies they wish to hide by overcompensating. However right or wrong this logic may be, the opposite of your intent may be the result when you talk too much about being straight.

Agents are creatures of habit. The ploys they may try on you are the same they tried with another guy years ago. Talk to other male models and try to learn which agents are untrustworthy and what their tactics are. That way you will be ready if a ploy is tried on you. Don't assume the male model you talk to did not succumb to the agent's advances. If the male model is atill working, he may have let the agent give them oral sex. You can also find out the name of a more ethical agent by asking other male models.

If an agent believes that you are vocal about disliking gays, he may cease all business with you because he predicts that you will offend his clients (who hire male models, and many of who are also gay) or because he concludes he will not have a chance to seduce you. If his main goal is to obtain sex, why should he pursue someone with whom he is certain to fail? He'll move onto more available prey. If you want to earn money, why do you care if it comes from gay guys? Just take the money and keep your unpopular opinions to yourself!

If you are still interested in becoming a male model, now you know some valuable theories that you can use to protect yourself and further your career. If the idea of working with unethical agents is too much for you, consider the time you save by choosing another career. Still, with some diligent street smarts, you can be successful and avoid being sexually harassed.

Here are some tips: