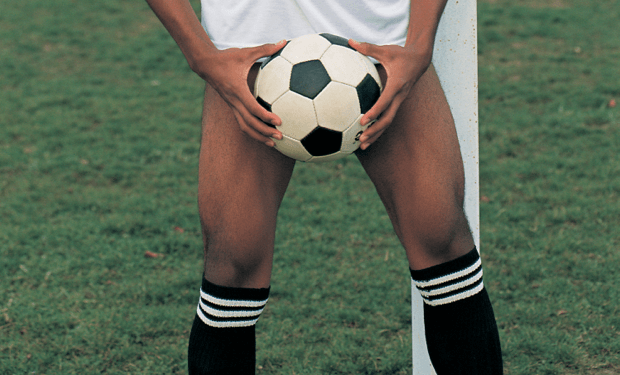 Techniques Male Models Use To Prepare for Photo Shoots

The camera often sees things differently than the human eye. Many things appear different on film than they do in real life. Because of this difference, male models can use special techniques to improve how they appear on photos.

Actors on stage wear heavy facial make-up and greatly pronounce their "stage whispers," They make it sound like they are whispering, but are speaking loud enough so the audience can hear them. These whispers are actually very loud! There are secrets of the trade for male photography, too...

Facial Expressions are important for photography. When smiling in photographs, male models smile larger than they are accustom to smiling - and often feel uncomfortable because they feel like they are smiling too much - because they cannot see their face while posing.

It is a common for female models to "stuff" their bikini tops when posing for photos. Some girls wrap medical tape around their breasts to squeeze them together, which makes them seem bigger and rounder. Other female models place cotton padding or sponges under the bottom of their breasts to act as a "wedge" to push the breast up inside a bikini top. Well, guys do something similar when posing for underwear - they use a trick to make their penis seem larger in photos.

There are poses to make your muscles appear larger to learn how certain photo poses are accomplished.

To seem as muscular as possible, male models change their diet and may add dark shading makeup to crevices in their muscles to make their body parts as defined as possible for film.

Here are some of our techniques we have learned through many years of photographing males:

How to correct tan lines from wearing shorts

Want to get ready for your first photo shoot, review our preparation checklist.

The advice included on this page is courtesy Totally Ripped Photography of Los Angeles.