Many athletes can become successful male models because they have spent months or years in the gym developing muscular bodies. Athletes also tend to not be afraid to show off their bodies. Modeling professionals always want to hire athletes for Model Jobs because they look good unclothed, not so they can wear a Dolce & Gabbana shirt in GQ magazine. Athletes have an "it" factor.

Athletes Make Excellent Male Models Because They Are Not Shy

Whenever an athlete wants to model, he usually already comes with an attitude compatible with the needs to succeed in male modeling. An athlete lacks apprehensions about taking off his clothes because he has been walking around locker rooms naked after games for years. Athletes are the type who don't have the inhibitions that the rest of us have about being undressed. Other guys can be timid and need multiple photo shoots to get accustom to modeling. So, photographers usually do not need to take much extra time to negotiate to make a college athlete feel comfortable. We call this having a "big city attitude." 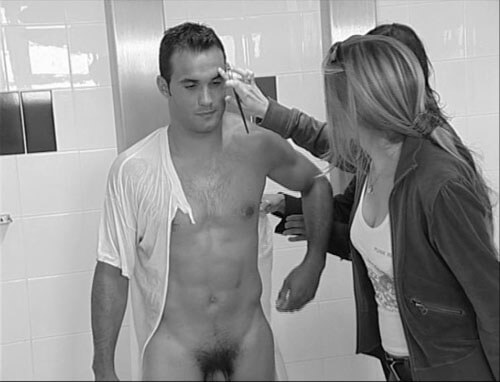 Members of the Stade Francais, the French national rugby team, pose for a calendar called Dieux du Stade (translated to English as: Gods of the Stadium), which has become immensely popular worldwide.

The calendar features semi-nude photographs of the rugby players. Members from other rugby union clubs and athletes from other sports have appeared in the calendar because it has become the "thing to do" for a European athlete. 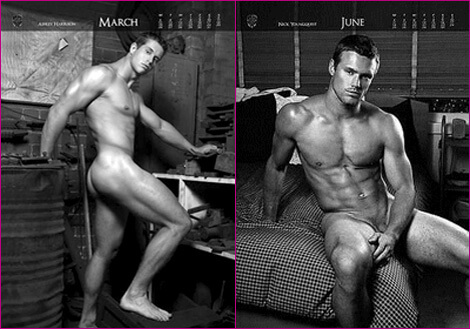 When some athletes hear a suggestion that they should pose unclothed to boost their modeling career, some run for the hills! They think “unclothed” means trashy photos that would give grandma a coronary. The key is to choose a photographer who doesn't shoot embarrassing images. Clearly, it is never helpful for a college athlete to pose for trashy photos. High quality images created by an experienced photographer is often needed if the athlete is going to successfully go from a player in a uniform to being a sex symbol sought out for Model Jobs.

No Team Guidance When Modeling As an Individual

By assuring the tastefulness of the photography by hiring quality photographers, producers of the Stade calendar have made it acceptable for their athletes to appear pose unclothed.

However, there are important differences between a college athlete seeking to model on his own versus an entire team posing for a calendar. The members of Stade just need to show up at a shoot and don't need to assure that the photography is tasteful. However, an individual athlete must make smart career decisions on his own without the guidance of team management. This requires making smart marketing decisions and choosing the "right" photographer for which to pose. Read how to select a quality photographer to shoot tasteful photos of you.